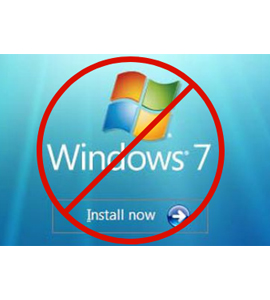 Microsoft recently announced that it will officially begin the Windows 7 end of life phase on Jan. 14, 2020. On that day, the company will stop supporting Windows 7 on laptops and desktops, and will no longer patch it with security updates.

The firm said: “Microsoft made a commitment to provide 10 years of product support for Windows 7 when it was released on October 22, 2009. When this 10-year period ends, Microsoft will discontinue Windows 7 support so that we can focus our investment on supporting newer technologies and great new experiences.

What does Windows 7 end of life mean for my security?
Well, this is where things become difficult.

One of the nice things about not being in end of life is that the operating system or software package is fully supported and patched. In Windows 7, all of that support will go by the wayside after Jan. 14, 2020.

In years past, when Microsoft has put software into end of life, the company has offered up some hefty patches in the run-up to the date, to secure the operating system as much as possible. And while that was a welcome decision, it also meant that hackers had free rein after the end-of-life period hit.

Indeed, it’s not uncommon for hackers, knowing when end of life hits, to wait until after that date to find ways to exploit vulnerable systems and wreak havoc. After all, if Microsoft isn’t going to support the operating system and there are still plenty of people using it, why not attack?

The fact is, the sooner people can get away from Windows 7 and switch to Windows 10, the better.

Does end of life apply to all Windows 7 versions?

So, if you’re talking about all Windows 7 Versions, like Home and Pro, then yes – the date applies to all of them.

But if you’re using Windows 7 embedded systems in point-of-sale terminals and other devices, it’s a bit of a moving target.

For instance, Microsoft actually ended its support for Windows Embedded POSReady 7 back in 2016. But if you’re on a Windows 7 Ultimate for Embedded Systems platform, the company hasn’t announced any end-of-life timetable.

Like it or not, even if you don’t want to move to Windows 10 initially, eventually you’ll have little choice. PC makers will be bundling Windows 10 into their machines, with no option to downgrade to Windows 7. Also, you won’t find Windows 7 anywhere for purchase aside from eBay, CraigsList and other places outside of standard retail channels.

If you want to upgrade to Windows 10, you can do so free of charge and with a full Windows 10 license, as long as you have a PC that meets all of the requirements needed to run the operating system. That shouldn’t be too difficult, but here’s a look at what you’ll need to get Windows 10 on your machine.

Can I keep using Windows 7 if I like it?

There’s no one stopping you from staying with Windows 7 if you really like it, but, as we’ve discussed, you’ll be using an operating system that is no longer supported nor comes with security updates.

Windows 7 will operate after the end-of-life date just as it does now, so you shouldn’t see any problems with your computer’s functionality. However, over time, you could start to see more security problems.

In addition to Windows turning the lights out on Windows 7, it’s possible that third-party developers could do so as well. Microsoft won’t force developers to stop supporting their applications in Windows 7 and chances are, if there’s a large enough user base, they won’t stop support initially. But over time, as things change and users increasingly turn to other platforms, developers are bound to stop supporting Windows 7 updates in their apps, as well.

Is Window 7 still safe to use?
Once an operating system enters extended support, it’s still very safe to use. It means that Microsoft will continue to patch any security threats but won’t add any new features, as it would do during the mainstream support phase.

Can I get an extension on my Windows 7 support?

Believe it or not, you can.

If you feel that you don’t want to move to Windows 10 yet or you simply don’t have the time to get away from Windows 7, Microsoft will allow users of Windows 7 Professional and Windows 7 Enterprise to extend their Windows 7 security updates through January 2023.

Microsoft will charge for extended support but didn’t indicate (in a document about the feature) how much that will cost.

Whats next?
Moving on to Window 10, whether you are upgrading an existing device, buying a new one, or just need help deploying, we have the help you need.

Windows 10 Pro is familiar & easy to use, with lots of similarities to Windows 7. It starts up fast, has more built-in security & is designed to work with software & hardware you have. Windows 10 Pro comes with great built-in apps like Maps, Photos, Mail & Calendar, Music, Movies & TV. All these apps use OneDrive to back up your information & sync seamlessly across your Windows 10 devices. 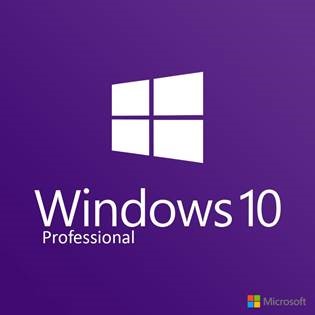 Built for business with enterprise-grade security, enhanced productivity, and the latest features to get more done.