The Internet of Things
3rd February, 2021 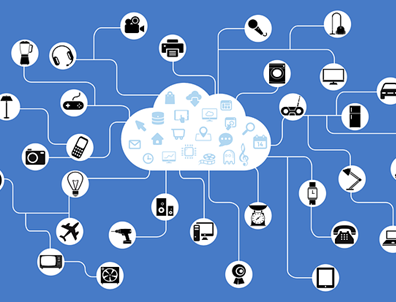 First of all, what actually is the Internet of Things? In simple terms, the IoT comprises of everything that is connected to the internet. However, more accurately is used to define objects which communicate with each other. The whole purpose of these devices being connected to each other of course, is data. Each device communicates data for a specific purpose that may be useful to the user, manufacturer, or to impact the wider economy.

How does it work?

Devices and objects with built in sensors are connected to an Internet of Things platform, which integrates data from different devices and shared the most valuable information with yourself. Take for example, IoT in your home- your alarm clock is set for 7am and will schedule for your coffee machine to begin brewing at 7.05am, but what if there is a road closure on your normal journey to work, and you will need to take an alternative route instead. This route will take an extra 15 minutes. Through progressive IoT technology, your alarm clock would reset itself for 15 minutes earlier, as well as your coffee machine, and you can wake up safe in the knowledge that your devices have prepared you for an easy morning.

When did the Internet of Things start?

The internet of things is a prospect which has been around for much longer than you may realise. Kevin Aniston first coined the phrase in 1999, however the concept has been idealised all the way back to the 1920s. for example, the legendary inventor Nikola Tesla relayed his predictions for the future in the January 1926 edition of Collier’s magazine.

In his own words:

“When wireless is perfectly applied the whole earth will be converted into a huge brain, which in fact it is, all things being particles of a real and rhythmic whole. We shall be able to communicate with one another instantly, irrespective of distance. Not only this, but through television and telephony we shall see and hear one another as perfectly as though we were face to face, despite intervening distances of thousands of miles; and the instruments through which we shall be able to do his will be amazingly simple compared with our present telephone. A man will be able to carry one in his vest pocket.”

Evidently, Tesla’s ideas were way ahead of his time, with television alone still being quite an alien concept. Still, he was able to make several pretty accurate predictions, with the idea of a fully connected world being one of them.

Back to Kevin Ashton however, in 1999 when the term ‘Internet of Things’ first made an appearance. Ashton used the term in a presentation that he gave to Proctor and Gamble, with his ideas basing around RFID and the internet. Later this year, Ashton began working on his idea of radio-frequency identification, at a network of academic research laboratories, resulting in the development of the Electronic Product Code (EPC)

In 2004, the ‘Internet of Things’ really took off. Huge publicity was awarded to the term, with various news publishers and magazines mentioning IoT in their articles. In addition to these articles, the Internet of Things begins appearing in book titles.

In 2008, the first international conference on the Internet of Things took place in Zurich, Switzerland. The conference covered topics including the Internet of Things development, such as short-range wireless communications, real-time localisation, and sensor networks. During 2008, the number of ‘things’ connected overtook the number of people connected to the internet. Already, there was a prediction that the IoT enabled devices would outnumber the human population.

Over the next few years, the IoT continues to progress. In 2009 Google began testing self-driving cars, in 2010, Chinese premier Wen Jiabao chooses IoT as a key industry. Fast forward to 2017, a busy year for the IoT. Microsoft launches Azure IoT edge that allows small devices to utilise cloud services- even if they are not connected to the cloud. Amazon offers advanced device management and security features and Google releases Cloud IoT Core that allows devices to connect to the cloud easier.

By 2025, it is estimated that there will be over 21 billion IoT devices connected to the internet. Perhaps sometime soon, the IoT can be applied on a broader scale. Working to create ‘smart cities’ that reduce waste and improve efficiency for things such as energy use.